Facebook
Twitter
Linkedin
ReddIt
Tumblr
LINE
Viber
Despite the influx of different set-top boxes in the market, only one box stands out among the rest, and it is no surprise that this box is quite a looker, yet despite its small stature, it has the features that will certainly knock out their competitors in the market.
For our first box review, We are going to check out the RCA 1402 Set-Top-Box, a small wonder but packs a punch when it comes to features.
On the unpacking itself, you will see that this box is a small wonder, measuring just right at the palm of your hand. Included in the package is the supplied remote control with batteries, AC Power adapter, antenna, and RCA Cable which you can connect to your TV.
The connections are quite simple, on the front, you will have the LED indicator which turns green when it is switched on and turns off. You will also see a USB slot, which can be used for a lot of features, some of which will be discussed in further detail.
At the back of the device, you can see the power input, which can work wonders on its portability; an HDMI input, and the RCA input. Of course, if you have a High Definition television, it is best to use the HDMI input for better quality.
Now, talking about the power input, Why do we say the power input will work wonders on its portability? It is because the power input, You see, the rated power input of the box is at 5 volts, and, based on the tests that we have done, even a power bank (yes, a power bank, as in the power bank of your cell phone) can also be used to power up this wonder. This is perfect for camping trips, or even on the road vacations where your televiewing urge can be satisfied by powering up the set top box using a compatible power jack to your power bank.
Of course, aside from the power bank, it can also be used inside a car or an automobile, just be sure that you use a lower-voltage plug to connect it instead of connecting directly to the car’s DC power system.
When you connect the RCA Set top box using the HDMI connection, you will be able to see clearly those channels which are broadcasting in native HD, be it in 720p or 1080i. Meanwhile, channels which are in native 480i resolution will be upscaled to at least 480p in the maximum. It can also decode 480i via the RCA Cable, and, can also be upscaled to the maximum 1080p resolution.
The ISDB-T Tuner embedded in the box is sensitive enough to receive different DTT-ready channels in a given area (in this case, Mega Manila). Using its stock antenna, the box was able to scan some channels but sometimes can’t stabilize some of the received channels. Using a customized antenna will see a marked difference.
The only thing we saw negative about the box is the lack of buttons on the front side, which is a bummer, especially if you lost your remote and cannot find it. The remote serves as its lifeline to the operation of the box, so you better keep the remote in an area where you can really reach it.
What we can say positive about this box is the USB port, where it takes on the different functions as a PVR, as a Media Player and as a way to load firmware updates.
Missed something or would want to schedule a recording? Just connect a USB Thumb drive or an External Hard Drive and you can record the TV series that you want to watch. The show is going to be recorded in the M2TS file format. The good thing here is you can play the recorded material back on your PC via VLC or MPC.
You can also watch movies and play audio files via its media player. It can decode MKV, MP4, MP3 and AAC files, It can also detect subtitles as well.
And finally, the USB port also serves as a way to load up the firmware updates. This will be helpful for the box to include several key features, including BML or Broadcast Markup Language and EWBS or Emergency Warning Broadcast System, which are mandatory features in the Philippine ISDB-T system.
On overall, DTV Pilipinas weighed the pros and cons of this device, and we could say that despite the lack of front buttons and the need to require a remote to operate this box, it sure packs a punch when it comes to features, like portability, its power source, HD decoding, PVR, Media Player and the ability to update via USB.
We give the RCA 1402 Set-Top-Box a 7 out of 10 rating in our standards. 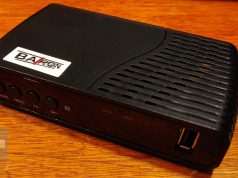 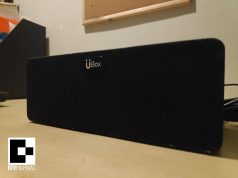 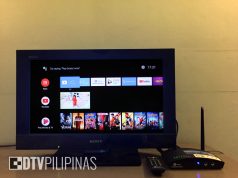 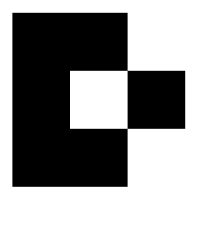 DTV Pilipinas is a non-profit, non-government organization that has been formed for the purpose of delivering news and information on the shift from Analogue to Digital Terrestrial Television (DTT) in the Philippines.
Contact us: mail@dtvpilipinas.org
© 2020 Media Pilipinas
All Rights Reserved